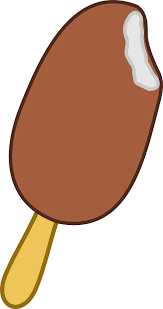 National Ice Cream Day is observed each year on the 3rd Sunday in July and is a part of National Ice Cream Month.  This day is a fun celebration enjoyed with a bowl, cup or cone filled with your favorite flavor of ice cream.

Thousands of years ago, people in the Persian Empire would put snow in a bowl, pour grape-juice concentrate over it and eat it as a treat.  They did this when the weather was hot and used the snow saved in the cool-keeping underground chambers known as “yakhchal,” or taken from the snowfall that remained at the top of the mountains by the summer capital.

It is believed that ice cream was first introduced into the United States by Quaker colonists who brought their ice cream recipes with them.  Their ice cream was sold at shops in New York and other cities during the colonial era.

Thomas Jefferson’s recipe for Old Fashioned Vanilla Ice Cream is believed to be the oldest recipe for ice cream in the USA. Below is that recipe provided by the Library of Congress.  The transcript is word for word for ease of following along.

2 bottles of good cream.
6 yolks of eggs.
1/2 lb. sugar
mix the yolks & sugar
put the cream on a fire in a casse—role, first putting in a stick of Vanilla.
when near boiling take it off & pour it gently into the mixture of eggs & sugar.
stir it well. put it on the fire again stirring
it thoroughly with a spoon to
prevent it’s sticking to the casse–-role.
when near boiling take it off and
strain it thro’ a towel.
put it in the Sabottiere
then set it in ice an hour before
it is to be served. put into the
ice a handful of salt.
put ice all around the Sabottiere
i.e. a layer of ice a layer of salt
for three layers.
put salt on the coverlid of the
Sabotiere & cover the whole with ice.
leave it still half a quarter of an hour.
then turn the Sabottiere in the
ice 10 minutes
open it to loosen with a spatula
the ice from the inner sides of
the Sabotiere.
shut it & replace it in the ice.
open it from time to time to de-
-tach the ice from the sides.
when well taken (prise) stir it
well with the Spatula.
put it in moulds, justling it
well down on the knee.
then put the mould into the same bucket of ice.
leave it there to the moment of serving it.
to withdraw it, immerse the
mould in warm water,
turning it well till it
will come out & turn it
into a plate.

Enjoy National Ice Cream Day by sharing some with your family and friends! Post on social media using #NationalIceCreamDay.

There are over 1,500 national days. Don’t miss a single one. Celebrate Every Day with National Day Calendar!

There are no upcoming events at this time. 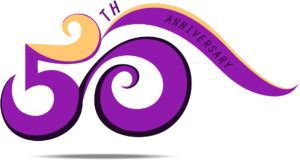